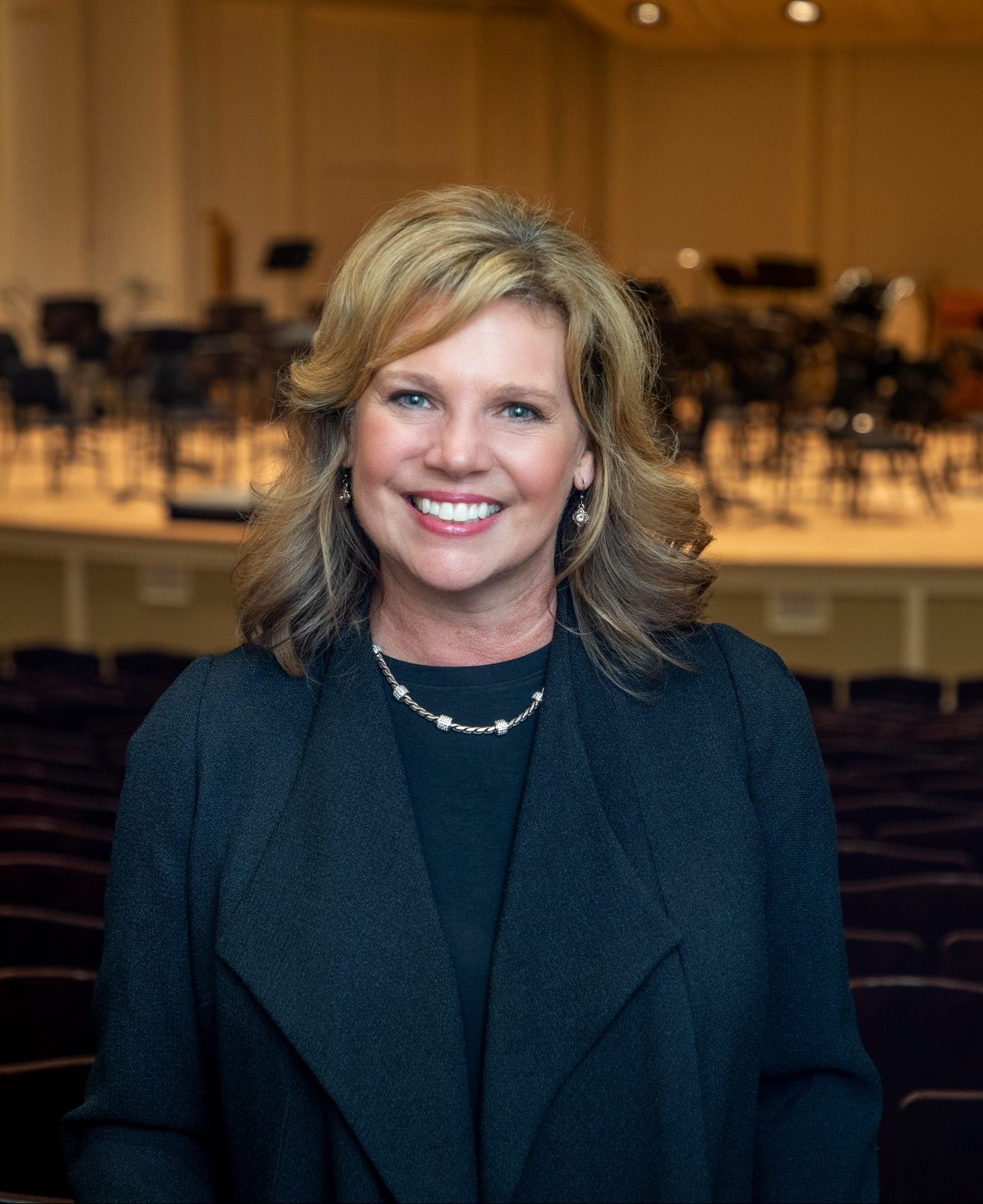 Cathy Holbrook has held a leadership role in non-profit arts organizations for 30 years. She has been the executive and artistic director at St. Cecilia Music Center since 2006. Prior to her position at St. Cecilia, Cathy was the executive director of the Santa Barbara Chamber Orchestra for 11 years in California. She has also held public relations and development positions at the Los Angles Philharmonic and the Hollywood Bowl in Los Angles, CA and the La Jolla Chamber Music Society in San Diego, CA. Cathy was personal assistant to world-renowned pianist, composer, and conductor André Previn.

Since her time with St. Cecilia Music Center, she has facilitated a rebrand of the Center with a new name and image. She manages the administrative staff and works with the board of directors to maintain a successful and fiscally responsible organization.

Cathy envisioned and initiated a jazz series, folk series, and chamber music series all of which brings world-renowned musicians to Grand Rapids for performances in the superb Royce Auditorium. In 2012 Cathy forged a partnership between St. Cecilia Music Center and the Chamber Music Society of Lincoln Center in New York, the most prestigious chamber music organization in the country, to co-present concerts at St. Cecilia. She was instrumental in bringing music to ArtPrize in 2011 by engaging musicians to exhibit musical entries at St. Cecilia Music Center and initiating independently organized prize money specifically for musical ArtPrize entries.

Seven years ago Cathy created a new partnership with the syndicated radio show Acoustic Café and its host Rob Reinhart. The collaboration brings touring folk musicians and bands to St. Cecilia Music Center for performances. The series also gives St. Cecilia and Grand Rapids national exposure through taped interviews that air on the nationally syndicated radio show – heard on over 150 stations throughout the country.

During Cathy’s tenure at St. Cecilia Music Center, the number of concerts presented in the Chamber, Jazz, and Folk series has increased six times over. The artists presented are of the highest caliber, all Grammy-award winning and in-demand performers. The budget of St. Cecilia Music Center has increased in revenue by 50% with a significant increase in ticket sales and development revenue.

In 2015/16 Cathy orchestrated a $5.5 million capital campaign that allowed St. Cecilia Music Center to complete a $2.5 million renovation on the then 129-year-old building that SCMC calls home at 24 Ransom Ave. That same campaign doubled the size of the endowment for SCMC.

Cathy is skilled in creating strategies for organizational evolution. Her strengths lie in building a strong team within her organization, finding innovative programs to reach a wide variety of community members, and building important relationships with many different constituencies who are stakeholders in the mission of the organization.